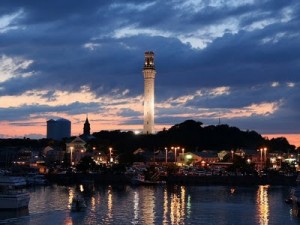 If a cozy common room stocked with rich teas and fresh fruit is a sign of a great inn (and it surely is) then the Revere House takes the cake. Located in a beautifully restored sea captain’s house in the heart of town, guests enjoy sunny rooms with hardwood flooring and renovated bathrooms with tile showers. Meet other visitors while relaxing in the common room or keep warm on chilly autumn days next to the outdoor fire pit. Guests can soak in the sun on the private garden’s patio in the summer before walking down to the center of town for shopping or heading to the beach. The inn’s rooms are full of personality and thoughtful amenities such as cozy blankets, fireplaces, and warm oriental carpets. The spacious Captain’s Room  has a king size bed, a westward facing view, and a whirlpool tub for two. 14 Court St., Provincetown, 508.487.2292,  www.reverehouse.com

You Think This Is Hot, Well Get Use To It! You Will Just Have To Come to Provincetown to cool off ! 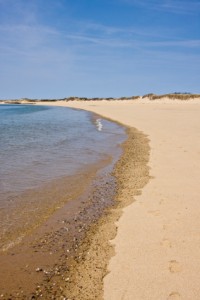 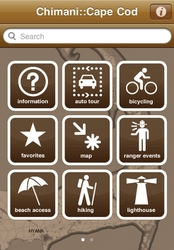 Chimani, LLC, developer of the popular Acadia National Park app, is proud to announce the launch of the first comprehensive guide to the Cape Cod National Seashore for the iPhone and Android platforms.

Now available on iTunes and the Android Marketplace for $4.99, the app is an all-in-one guide to Cape Cod National Seashore and the surrounding beaches. The app includes over 132 points of interest and unique features like a custom-made GPS-enabled map, a 20 minute audio tour, a year’s worth of projected sunrise/sunset data as well as projected tidal data for all of the beaches in and around the Seashore. Other unique features include a complete map of the Cape Cod Rail Trail and the Seashore’s Ranger-led events which are updated throughout the season.

“For the typical price of an audio guide, map, or guide book, the Chimani Cape Cod app allows you to have all the information and resources right on your iPhone,” explains Kerry Gallivan, President and Founder of Chimani. “This is a practical guide for both first-time visitors and seasoned vacationers to the Cape.”

When you come to Provincetown you must stay at the most fantastic Bed and Breakfast: The historic and award winning Revere Guest House.