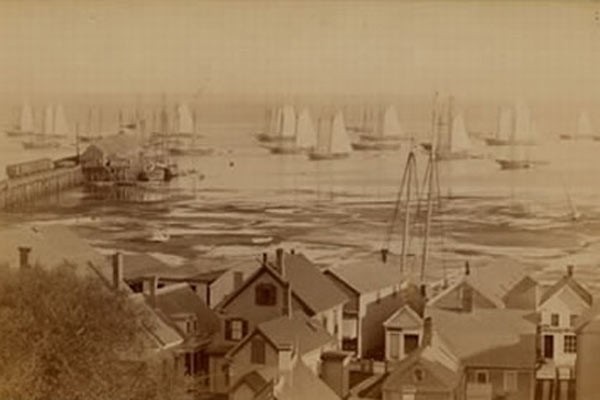 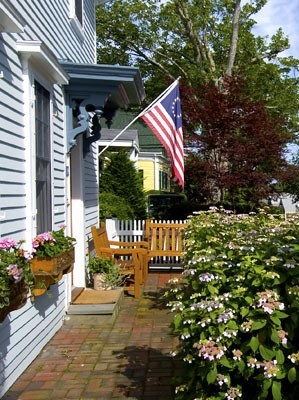 The Revere House, a Provincetown bed and breakfast located at 14 Court Street, is noted on local maps as early as 1836. The house was erected at the height of Provincetown’s reign as a thriving fishing port.

Thought originally to be built as a Captain’s home, the site was owned in 1880 by J. Rogers. A directory for 1886 states Joseph Berry, a fisherman, as the home’s resident. By 1907, the house had changed hands to Mr. A. King. It was then under the proud ownership of Gary A. Palochko, a “New Englander” at heart, born and raised in Connecticut, for 21 years before being handed over to Paul Novak in 2015. Paul has owned property in Provincetown since 2000 and happily took over to continue and build upon the amazing service guests have been enjoying for years!

Since the late 1960’s, the house has been operated as an Provincetown bed and breakfast inn to accommodate the many visitors that come to this historic town each year to enjoy the charming New England setting and relax in the classic, charming atmosphere.

The Revere House was totally remodeled over the winter of 2004. Throughout this renovation process, great care was made to ensure that none of the original historic nineteenth century character was lost.

Today, our Provincetown bed and breakfast offers the perfect blend of historic charm and modern luxury that we’re sure you’ll want to come back to year after year.

The Revere House was recently featured on “If Walls Could Talk” on HGTV. Hidden treasures from the 1860’s found in the walls during renovation of the Provincetown bed and breakfast give insight into the lives of the original owner.

Jackson Rogers owned the house in the 1860s and 1870s. Mr. Rogers, along with his wife Mary, immigrated to Provincetown, Massachusetts from Fayal, one of the Western Islands in the Azores. For some time, Azoreans had been sailing across the Atlantic to fish the Grand Banks, and their success led ultimately to the immigration of many mariners like Jackson Rogers and countless other Portuguese fisherman to Provincetown and Cape Cod. As the Azoreans, like Rogers, were some of the first Portuguese to arrive here, they were usually the Captains of the numerous vessel-fishing boats with crews of about 24-28 men.

From the census report of 1870, Jackson and Mary Rogers resided here along with their daughter Jennie (aged 7) who was “attending school” and their two sons Manuel (aged 12) and Joseph (aged 8); both of whom are listed as also having the occupation of “fishing.” Their children’s presence most likely explains the antique marble discovered along with the other things.

You may interested in knowing that Jackson Rogers’ native home of Fayal is also known more commonly as the “Blue Island,” called that because of the large amounts of hydrangeas that bloom during their summer. Large hydrangea bushes have blossomed in the Revere House’s front garden for as far back as anyone can remember, possibly planted by one of the Rogers family members as a reminder of their native island. 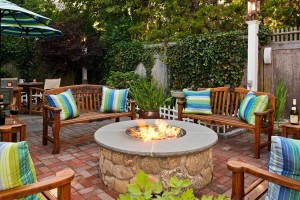 "Paul provided a lovely weekend on the Cape. He is a wonderful host who clearly loves his house and it will be noticeable to you upon your arrival. The house is impeccably clean with beautiful antiques as well as modern amenities." TripAdvisor Review